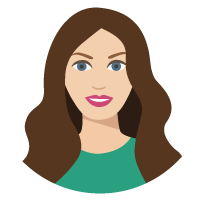 Greens Morelle is a dish served at many Italian-American restaurants. Traditionally, it consists of leafy greens cooked with prosciutto, garlic, and peppers topped with breadcrumbs and cheese. It's sometimes served with pieces of baguette or Italian bread for dipping. Greens Morelle is delicious, but it has become so common that restaurants are starting to create and serve their own, unique versions. So, how can you make your Greens Morelle stand out? Here are a few ideas.

Serve It at Multiple Levels of Heat

It's common for Greens Morelle to be made with hot cherry peppers, but cooks typically don't add enough to make the dish truly hot. You could do things differently. Experiment with adding different amounts of peppers to the dish. You can even include some hotter peppers, such as a little bit of habanero or Carolina reaper. Figure out how much you need to make a "hot" version of Greens Morelle, and offer it as an alternative option to your "mild" Greens Morelle.

Serve It With Focaccia

Instead of serving the Greens Morelle with the typical baguette or Italian bread on the side, serve it with some focaccia bread. The focaccia bread is seasoned with olive oil and spices, and it's much more tender than the other options. Thus, eating Greens Morelle on it is a different sort of experience. Some guests may order yours simply because they've never seen Greens Morelle served with focaccia before and want to give it a try.

Top It With More Cheese

Traditionally, Greens Morelle is topped with grated Parmesan and breadcrumbs. What if you served it topped with a melty, gooey cheese instead? You could sprinkle some shredded mozzarella on top, or maybe even a blend of mozzarella and cheddar. Having to "cut" through cheese when you dip bread into the greens can be satisfying and adds a whole new element to this dish.

Greens Morelle is typically made with either kale or escarole, but you could get creative and add other greens. Consider making it with some baby spinach, or perhaps also some arugula for that peppery flavor. You could also use a few mustard greens to add a unique touch.

Greens Morelle is a tried and true favorite, but that does not mean you can't make a favorite better or more versatile. Experiment with a few of the ideas above to expand your menu and offer guests more Greens Morelle options.